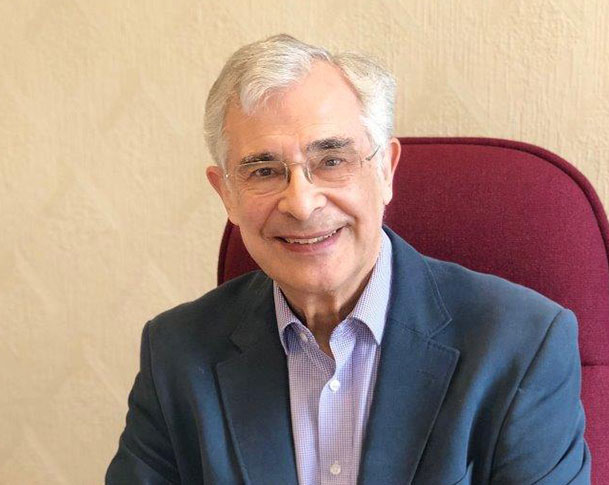 Email: This email address is being protected from spambots. You need JavaScript enabled to view it.
Phone: 0161 959 5000

Aubrey, having graduated with a First Class Honours Degree in Law, did his training contract in Middleton, Manchester,  having been recommended by the Dean of the Law Faculty of Manchester University to Mr  Eric Taylor LLM who was an honorary law lecturer there. He then took on the role of assistant solicitor with a Manchester City Centre firm and then moved to City Centre firm, Collier Littlers in King Street, Manchester, where he became a partner. He was there for 15 years and dealt with personal injury claims, general litigation, conveyancing, wills and probate. He was also the official solicitor to the Manchester Police Federation and defended police officers in road traffic cases and police disciplinary cases.

In 1982 Aubrey set up Aubrey Isaacson Solicitors, moving from the city centre shortly afterwards and setting up practice in Prestwich in 1983.

Aubrey became very well known locally for his expertise in personal injury law, long before this type of work became well known as a result of more recent Television Advertising. Aubrey has settled thousands of compensation cases over the years for clients throughout the country, the vast majority of which found their way to him by word of mouth and recommendation from other happy clients. In all those years Aubrey never lost at trial.

During his career spanning over fifty years in Law, Aubrey has represented a wide range of clients from all walks of life and now imparts his years of wisdom in the firm by consulting with the partners and advising on complex points of law.

Aubrey is a happily married grandfather with five gorgeous grandchildren in Manchester and London, with whom he spends a lot of time.  He has now handed over the reins of running the law practice to his very capable son, Stephen. Aubrey enjoys photography, reading, travelling and enjoying time with his family.